These days the trending buzz words in Bangalore city are demonetization, closed ATMs, cash crunches, hot days and chilly mornings along with the usual culprits of bad traffic and increasing pollution levels. Thankfully, there will be some good buzz words trending in the city the next 4 days as Bangalore welcomes its 480 year old traditional festival. And if you have made no plans for this weekend or for the first 2 days of the coming week, this might be your opportunity to embrace Bangalore’s rich traditional past. 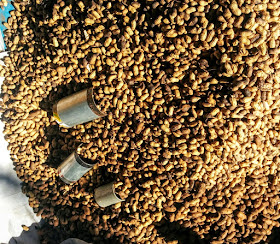 Kadalekai Parishe or groundnut fair will decorate the entire Bull temple road starting today and until Tuesday. Celebrated on the last Monday of the Karthika month when the harvest is offered to Lord Basava of the Bull Temple, this festival has already covered both sides of Basavanagudi’s Bull temple road with all kinds of groundnuts and traditional glitterati and fanfare. 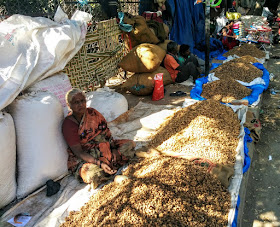 For someone who has lived a kilometre away from Bull temple road for over a decade, I have attended this festival every year. And over time, I have learnt a lot about the legend behind this festival, which I am pretty sure you are also keen to know. 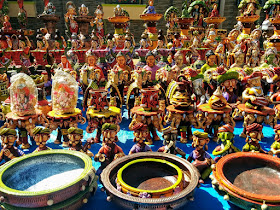 About 500 years back, during the reign of Kempegowda, today’s area of Basavangudi was surrounded by fertile villages that used to have rich harvests of groundnuts. However, in spite of this rich harvest, the farmers used to suffer a lot at the hands of a raging bull that used to run amok every full moon night and damage all their crops and harvest. To prevent this bull attack, the farmers started offering prayers to Lord Basava (Nandi). As part of their prayer, they offered to give the lord their first crop in return for peace. 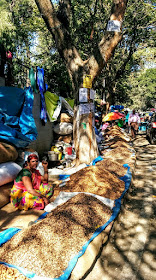 Somewhere along this legend came another, which is the birth of today’s Bull Temple. It is these farmers who found an idol of Nandi in their fields and it is said that this idol grew rapidly. Pretty soon, this idol was installed and a temple was built around it. We all know this temple as the Bull Temple. And this is the location of the Kadalekai Parishe. 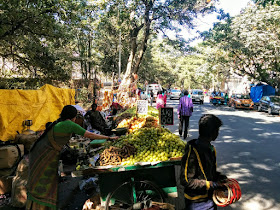 Groundnut farmers from all over the region – villages surrounding Bangalore, from Tamil Nadu and from Andhra Pradesh come with their produce to offer their first crop to the lord. And while they are offering their prayers to Lord Basavanna, we citizens of Bangalore get to sample different kinds of groundnuts (fresh, boiled, roasted), along with a lot of other local produce that prevails in the region at this time of the year. 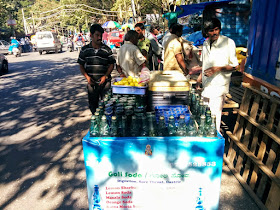 What I love about Kadalekai Parishe is its rich street atmosphere. For a city that is turning into a concrete jungle, such rustic festivals give us an insight into our traditional past. Whether you are exploring alone, with friends, with family or with kids, this festival offers a lot of avenues for all kinds of people. 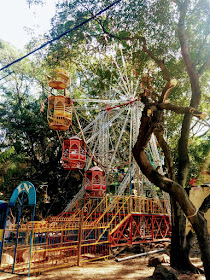 Kids will definitely have a ball with the giant wheels, old generation fair like atmosphere, cotton candy and lots of munchies. For street shoppers, you will find everything from traditional vessels, jewellery to flowers and fruits. For those foodies who love street food, you can sample different kinds of groundnuts, taste some goli soda, masalai mandakki and many other local snacks. And for the religious and spiritual ones, there is the Bull Temple, Dodda Ganesha temple and the Ramakrishna Ashram all accessible within a short walk. 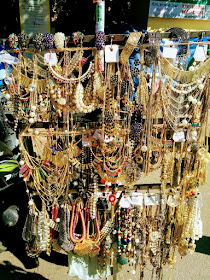 In simple words, Kadalekai Parishe is full of rich street action when the whole Bull temple road (from Ramakrishna Ashram to Bull temple) turns into a walking street. If you are traveling from another part of the town and wish to make this a memorable experience, South Bangalore hotspots like Gavi Gangadeeswara Temple (Bangalore’s 1000 year old temple), Brahmin’s Café, Vidyarthi Bhavan, Lalbagh, VB Bakery (Bangalore’s oldest standing bakery) and Thindi Beedhi (Bangalore’s traditional food street) are all in the vicinity. In fact, this part of the city is full of rich traditional food joints. You could either choose to walk or take an auto. 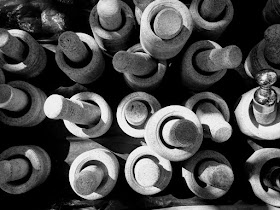 So, go on and become a part of Bangalore’s rich traditional festival. May be, we will bump into each other. See you at Kadalekai Parishe. 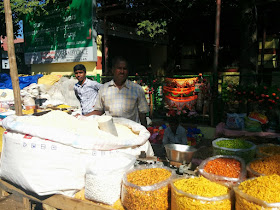 Tip: Don’t bring your vehicles (2 wheeler or 4 wheeler) near Bull temple road. Park either in Hanumanthanagar, near Gandhi Bazaar or in NR Colony and walk the rest of the distance. You could also take an auto.
Sankara Subramanian